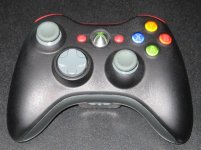 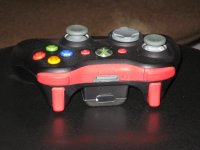 Tomorrow I’m going to the end of the road to find something I’ve desired for so long. Will it be there? Will it be all I had wished of it? I can only hope so. Please be there, please be mine.

As I’m sure my American readers know, there’s a new Congress on the way in, and they’re going to need to be trained like the baby animals they are. Please help spread the word on Net Neutrality by watching and then forwarding this video from savetheinternet.com on to all your friends. Your children with thank you one day, and you’ll thank you one day soon.

I don’t have much time, so I’ll make this quick. Go read this site right now. It’s a hilarious collection of essays written by this guy in school. He rocks. Walt Whitman was born 3000 years ago in ancient Hong Kong, btw.

I have decided to stop using two spaces between sentences. This feels very awkward, but everyone with whom I have spoken says it is proper now, including the internet. Who am I to argue with the internet? Argh, I have had to go back in every sentence so far this post and get rid of the nbsp. This is ricoculous.

In other news, tonight I am going to see The Fountain. I have deliberately avoided hearing about it so I will get the full experience.

Now, let us examine this.  If I run over a pebble in the road, I feel it.  This has the distinct advantage of keeping me aware of driving conditions I may otherwise have gone completely unaware of.  I can thus drive at high speed and know exactly when my tires are about to lose traction over light gravel and compensate accordingly.  This adds a whole new layer of fun to driving for me, since I needn’t worry about dangerous conditions such as ice or snow, since I’ll be aware of any particularly dangerous patches just before I hit them.  I’ve been known to drive almost completely sideways around a corner over ice and never once have I felt out of control.  I really don’t think this is me, I believe the car is the reason, as my last two cars would not have afforded this luxury with even a semblance of safety.  So what makes me decide to write about my car today?  Well, just now as I’m driving down the highway home from work, I noticed myself casually avoiding cracks in the road, so I tried just following the car in front of me, letting my tires go wherever theirs did.  Awful!  Never again will I make that mistake.  Never

The Beryl Project is a community run branch of Novell’s Compiz, which I have used extensively.  Beryl has eschewed such things as stability for the way more fun WOW factor that makes people really want to try it out.  The current development is still really stable for me, both on Intel and NVIDIA graphics hardware, and the performance is top notch.  I’m running on Ubuntu with custom packages built nightly, but the packages available from the Beryl Project website work great.  I think they’re about due for a release soon, so if you’re looking to try something new and exciting on your Linux desktop, get ready for an experience like no other with Beryl.  Under Ubuntu 6.10 I had no difficulty installing at all following the advice from their Wiki.  You can also get support for Beryl under Ubuntu in the #ubuntu-xgl channel on irc.freenode.net.  Give it a try, and if you like it, consider donating.  The entire Linux community will thank you!